It's that time again when March Madness has a meet cute with the movies and everyone in my house is vying for control of the Roku remote. I'm tracking best pic nominees while my oldest is tracking the tournament and my youngest started two NCAA brackets - one with my picks and the other with the dog's and guess which one's winning?

But I don't even mind that I've been bested by a hound, because it's time for THE OSCARS and this is a bracket I can win.

I'd like to thank the Academy for once again pushing back the date, because it gives everyone more time to see more films -- and on behalf of parents everywhere, thanks for the multiple streaming options. Because movie tickets are pricey, even more so is the popcorn and by the time you add the drive to the theater and all the trailers, a two-hour movie turns into an entire afternoon. Which is hard to spare these days for anybody, and especially if you have my kids, OMG MOM GOING A MOVIE WASTES SO MUCH TIME I COULD HAVE BEEN PLAYING BASKETBALL/FORTNITE/DOING NOTHING AND COMPLAINING ABOUT IT.

Plus, my kids have seen movies at home that I never would have taken them to in the theater, because I'm not blowing $60 (tickets, popcorn, can I have a pretzel, omg mom we NEED M&Ms for the popcorn, etc.) on a film that I really want to see but I'm pretty sure my kids don't. Whereas I will spend $20 to stream something that my kids might watch accidentally if they breeze through the room and they end up seeing an unexpected story or perspective...and if not, that's fine, too.

Case in point, I watched Roma when it was nominated with my then 12-year-old, who hung on till the childbirth scene, which drove him pretty quickly out of the room. But to this day, when discussing movies, I'll sometimes hear, "oh is it like that one movie? The one that was black and white and had the words? Yeah, I kinda like that one."

So, which among these Best Picture nominees will be this year's Roma?

Here's my amateur (and in some cases immature) review of the 2022 films in no particular order...

Don't Look Up - funny, topical - a little too over-the-top for me, but maybe that's the point? Chock full of talent, on-point satire, this was the 15 year-old's favorite. (The tween's favorite was Spider Man: No Way Home and no, he does not care that it wasn't nominated for Best Picture. He still hasn't forgiven the Academy for not voting for Black Panther, so I expected nothing less).

Belfast - relevant, great story & cinematography. Plus it's got that Hollywood trifecta of black-and-white visuals, intimate story set during a major historical event, and a memoir(ish).

Dune - I saw the original in the 80s when Sting was in it. Sting wasn't in this one. At one point, I hit pause and my 15-year-old said, "OMG, there's an HOUR left of this?" My sentiments exactly. It's not the film's fault; I'm not a huge science fiction fan, but I did read the book a million years ago and I don't know that anybody would have better luck turning that into a movie. But hey, good to see the Sandworm from Beetlejuice making a comeback.

West Side Story - loved this remake and I'd totally forgotten how many memorable songs came from this film. I'd also forgotten the maturity level of teen/tween brothers, so I spent a lot of the movie scowling at my boys as they snapped their fingers and staged mock Sharks vs Jets battles in front of the TV.

King Richard - watched this one with both my kids. He made us hate him, but at the same time he made us root for him, it was complicated, it was an amazing story and we all agree Will Smith deserves Best Actor.

Licorice Pizza - I was so looking forward to this one. And then I saw it. I don't know...I just kept waiting for something that never happened, and then Bradley Cooper showed up and there were lots of water beds.

Drive My Car - I know there were some really meaningful, interesting moments in this movie because I meant to write them down...but instead I fell asleep. Lesson learned: no three-hour movies after dinner. I did really like Hidetoshi Nishijima's and Park Yoo-Rim's performances, but I'm going to have to try and watch the second half again sometime when I'm more awake.

Nightmare Alley - I really liked this one in the beginning, but it could have been about an hour shorter.  I'd take less Cate Blanchett and more chicken guy. (Nothing against Cate Blanchett, I just liked the carnival storyline/scenes better).

The Power of the Dog - if you want to watch a movie just to get really angry at someone, this film's for you. Stunning landscapes, but I'm not sure I've ever disliked a character in a movie so instantly and Benedict Cumberbatch may have ruined the banjo for me forever. HOWEVER, the last seven minutes of the movie turned it around. Well played, Jane Campion. So, if you're going to watch this one - you have to watch till the end. #wedonttalkaboutbroncohenry.

CODA - one of my favorite kind of movies is the kind that tells the seemingly small story of a family or a friendship or just an ordinary person - not a war, not a great sweeping epic, but a small slice of life that sweeps you up in it completely. Like Minari or Little Miss Sunshine or Sideways...or this movie. The storyline, the acting and the writing were all so good. Beyond all those very rational reasons for CODA being my Best Picture favorite, there's also this: the main character is the child of deaf adults in Dorcester, MA. My maternal grandfather was a child of deaf adults in Worcester, MA. I barely knew him, but I like to think maybe this movie gave me a tiny glimpse into a life with similar challenges and hopefully, similar joys to his.

So there you have it - my vote's for CODA, but I think the dog movie's gonna win.

Best of luck to all the nominees and in case E! needs any new correspondents for next year, my kids are on deck

PS - because I'm an Oscar nerd, I have a menu themed around some of the best pic nominees, and here's that lineup: 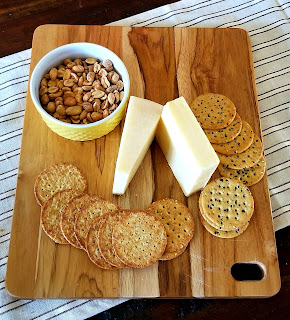 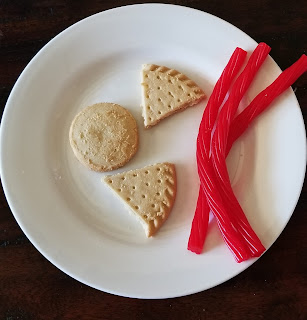 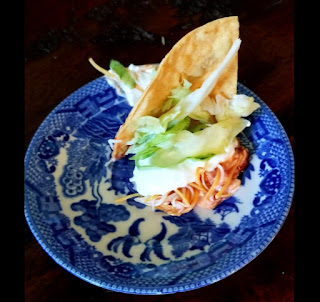 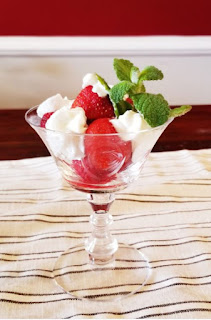 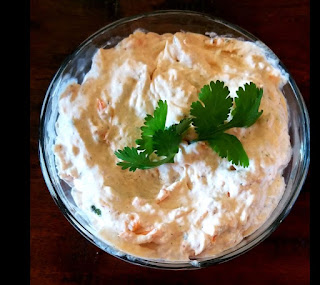 *Yes, I know Spencer wasn't in the Best Pic category, but English movies are the best supporting actor of any Oscars menu. You can always use them to add cookies (ahem, biscuits) or cheese - and it really doesn't matter what else you screw up, as long as you have cookies and cheese.